MILWAUKEE— Mexican super-group Bronco recently played at the iconic music theatre, The Rave/Eagles Club, much to the delight of their legion of fans. Known for their modern interpretation of grupero music, which blends elements of rock, cumbia, norteño, and mariachi, the band adds modern instruments and incorporates elements of pop to create a big, bold sound.

Miguel Angel Pecina Torres, the band’s lighting designer, matched this sound with some searing, power-packed looks when they appeared recently at the club’s spacious (25,000 sq. ft.) Eagle Ballroom. Helping him in this endeavor was a rig anchored by CHAUVET DJ fixtures supplied and installed by High Frequency Productions.

“Bronco’s music is really interesting,” said Juan Ocampo, owner of High Frequency Productions, who specified the fixtures for the show. “They blend a variety of traditional genres to create something completely unique. The music is bright, effervescent, and rhythmic, so the lighting needed to match. Miguel’s design style really complimented the band’s music. It was also in keeping with my own personal aesthetic, so working on this project was a lot of fun.” 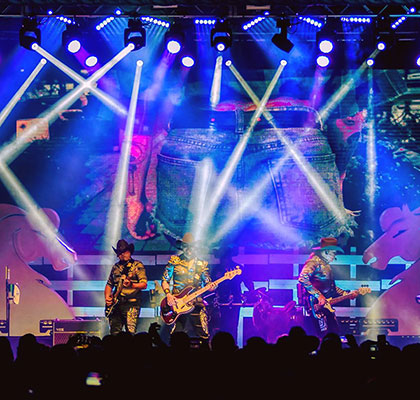 To match the energy and intensity of Bronco’s performance, Ocampo placed 16 Intimidator Hybrid 140SR fixtures on the upstage and midstage truss, eight units on each. The fixtures crisp beams and seamless color mixing allowed Torres to throw electrifying hues across the stage.

Drawing on the fixtures’ ability to go from beam to spot to wash, Torres created an infinite variety of looks to highlight the performers. The Intimidator’s dual gobo wheel allowed him to add extra movement and depth to the design. 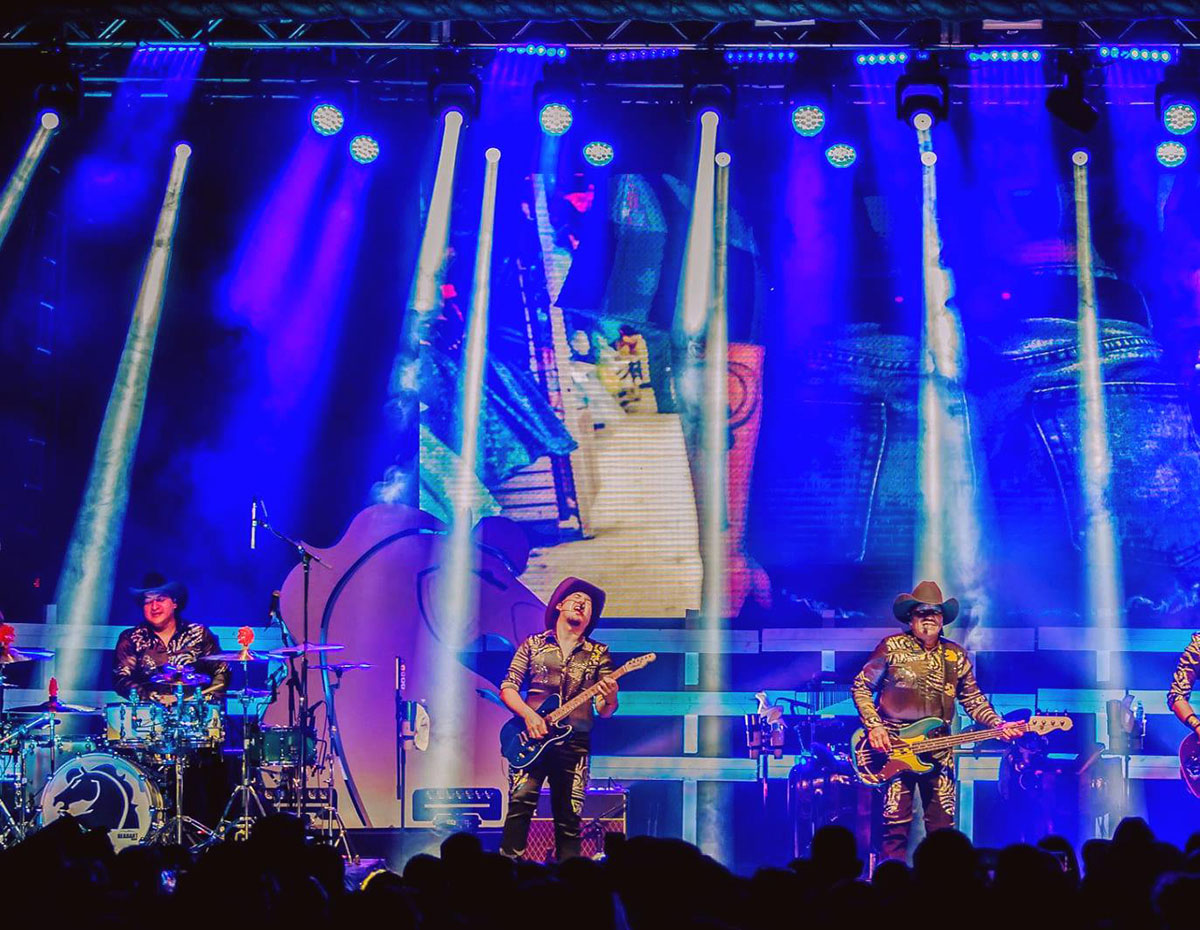 Torres gave the fence spanning the width of the stage behind the performers extra definition by placing 24 COLORstrips along its front, back and sides. This fence served as a dynamic design element during the show thanks to the chases and fades Torres created on the RGB linear fixtures.

“Miguel’s lighting design was as big and bold as the band themselves,” said Ocampo. “His use of bright colors and beams, fast-paced movement, and lots of deeply saturated, electric hues showcased the brilliance of the performance, while also matching the complexity of the band’s sound. It was a really awesome show.”