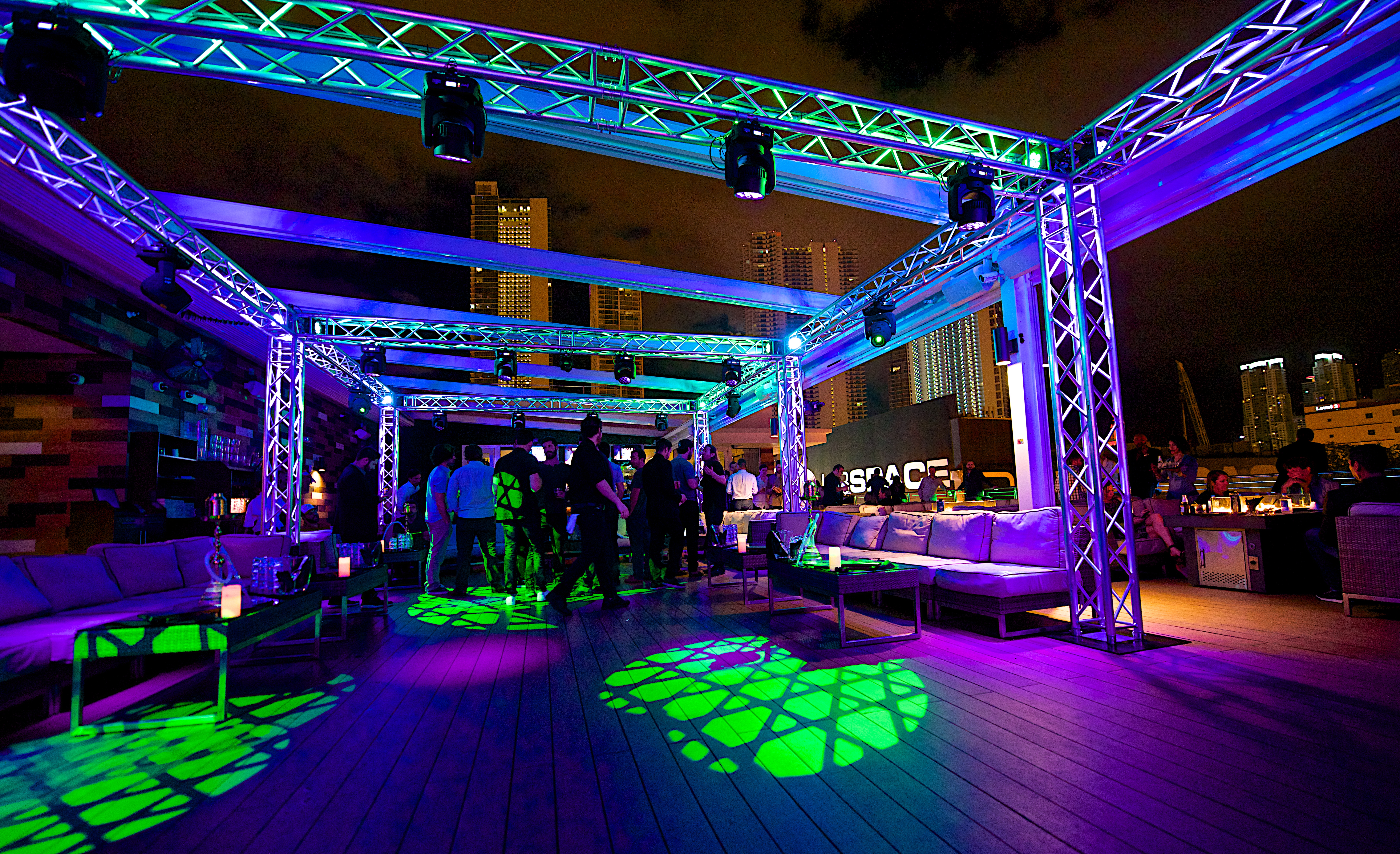 Miami – Since its opening in 2014, E11EVEN has featured a procession of superstars from Drake to A-Trak on its stage—and that has been during normal times! During Winter Music Conference last year, the chic two-story downtown Miami club was a magnet for hip hop, house music and EDM heavies. There were so many artists slated to perform at the club that its management decided to expand stage space by booking some acts to perform up on the open, airy cabana style Rooftop Terrace over the second floor.

This decision ultimately led to a new look being created on the terrace by world-renowned club designer Michael Meacham of iDesign, using a collection 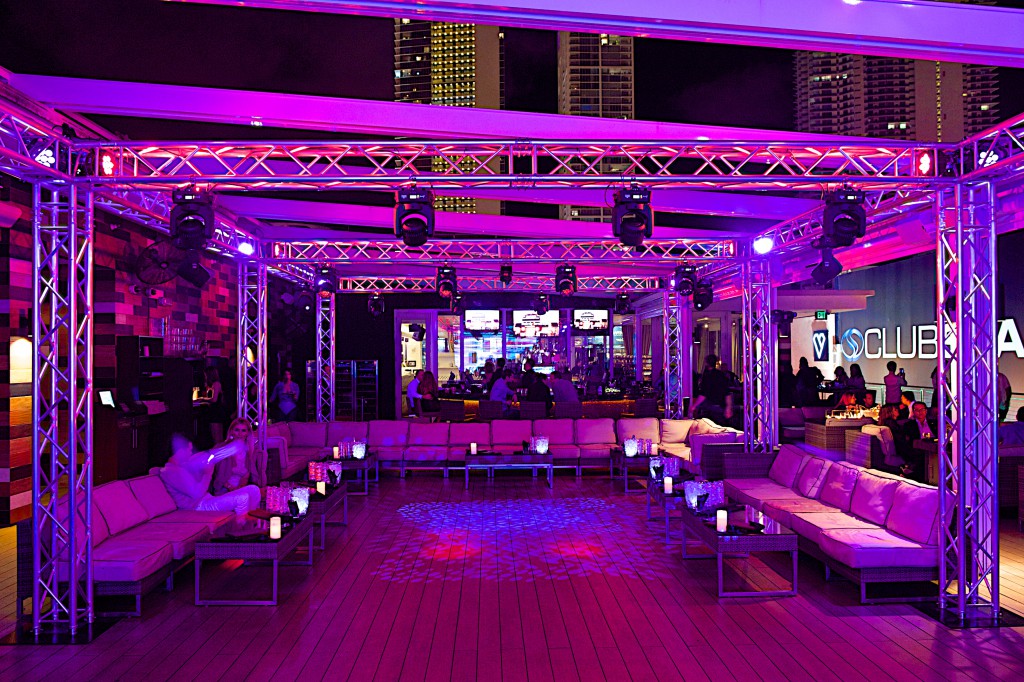 of LED moving fixtures from Chauvet. “The club knew it had to create a different atmosphere up on the roof to support the acts it was bring there during the Winter Music Conference This is when they brought me in,” said the LD. “After the conference was over, the people at E11EVEN realized they liked the lighting so much they asked me to do something permanent.”

The team at E11EVEN wasn’t look to duplicate their club show atmosphere up on the roof. Their goal was to have something engaging and sophisticated that created the kind of atmosphere that made guests want to stay.

Meacham didn’t disappoint. He delivered what E11EVEN was looking for, and then some, by blanketing the rooftop area in soft, richly colored light, courtesy of Rogue R2 Washes from CHAUVET Professional and CHAUVET DJ Intimidator Spot LED 350 moving fixtures. He positioned 16 of the Rogue washes and 6 Intimidator Spots on perimeter truss that measured 43’ long by 20’ wide. He also used truss warmers to accent the structure, which surrounds much of the terrace.

“Basically, you have colored light all around you when you’re on the terrace,” said Meacham. “But this isn’t distractive light and it doesn’t take away from the views you get from the terrace. It’s light that supports the good mood there and makes you feel that this is a special place in special club.”

The new lighting rig does more than just serve up soothing colors, however. It also actively engages guests with motion. Not only did Meacham position the Chauvet LED fixtures on the truss that runs around the periphery of the terrace, he also positioned Rogue washes on shorter truss lines that run perpendicularly into that peripheral structure.

“We are able to create some very interesting looks by blending the wash light from the Rogues with the Intimidator’s spots, and have them come at each other from different angles,”’ he said. “This allows us to create a very engaging layered look.”

The 12°-49° zoom range of the Rogue R2 Wash allows Meacham to cover widely different-sized areas with his wash lights. “This is a very versatile rig,” he said. “It isn’t just putting out some pretty light; it’s engaging people with subtle but interesting looks.”

Just how effective has the new lighting rig been in engaging guests? “The lighting rig has been a success in every way,” said Meacham. “Since we put it up, people are staying on the Terrace longer and buying more food and drinks.”