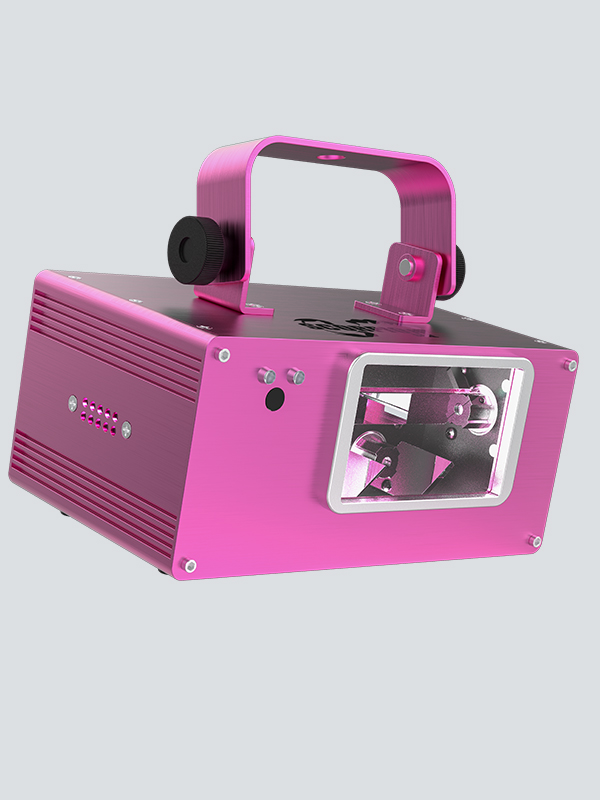 Imagine the visual drama of a Dual RGB FAT BEAM™ aerial effect laser that lets you create perfect color combinations by mixing red, green, and blue laser diodes—That’s the power of Scorpion Dual RGB. This laser has 32 built-in patterns, including the popular “Laser Sky” effect for breathtaking visuals, which are perfect for events with fog or haze. Scorpion Dual RGB features a unique dual mirror output with scan/speed adjustment, so you can generate customized ever-changing laser shows using programmable pan, tilt, and zoom effects with separate X, Y, and Z rolling images. This fixture is fully FDA compliant, variance-free, and ready to use right out of the box. Easily operate Scorpion Dual RGB in automatic, Master/Slave, manual, or sound-activated mode.

Love the lasers but bought 2 and they don't match

my current light show as a mobile dj was 2 gigbar ircs 2 intimidator spot duo (the original). I put this on the gigbar pole just under the pars 2 chauvet rotospheres multiple adj vbar pack & adj mega par profile plus Great show but I felt i needed one more light fixture for new years eve. one day i was surfing youtube and came across the 3d laser that chauvet has. i searched for it and saw that the price was out of my budget but noticed that they now made the fat green laser rgb. i didn’t want the green laser because the gigbar had one not to mention that is too much “green laser” for my show. but since they have this rgb, i was interested. got it home and it worked fine except for channel 1 in dmx mode. the dmx values in the manual wasn’t matching up with what the laser was doing. the scale was moved. for example, if the book says red laser is 14 in reality it would be 22. also, it displayed a color that wasn’t in the book (white). I bought another one and that one followed the values in the book. i didn’t like this because that meant i had to add 2 scorpion rgb to my Mydmx buddy software (sorry chauvet). there is something i happen to notice. the scorpion that didn’t match the dmx values on the 1st channel and had an additional color dmx ports were verticle while the other ports where horizontal like in the manual. anyway, outside of that abnormality, the lasers are great. my cousin says it looks like a vegas show. the movement and colors are great and it’s bright. you definitely need fog/haze to really make them pop.

Just received a pair of these new RGB Fat Beam lasers and I am impressed. They are as advertised. Nice and bright (and fat) with a good array of built in macros, plus shapes that can be manipulated via DMX to create some very cool effects. Only bench testing and programming so far (using DMX LightkeyApp on a Mac), but will put it to the test in a few weeks for 2 back to back 8 hour shows!

All I use is chauvet product

We use cookies to ensure that we give you the best experience on our website. If you continue to use this site we will assume that you are happy with it.OkNoPrivacy policy
Revoke cookies