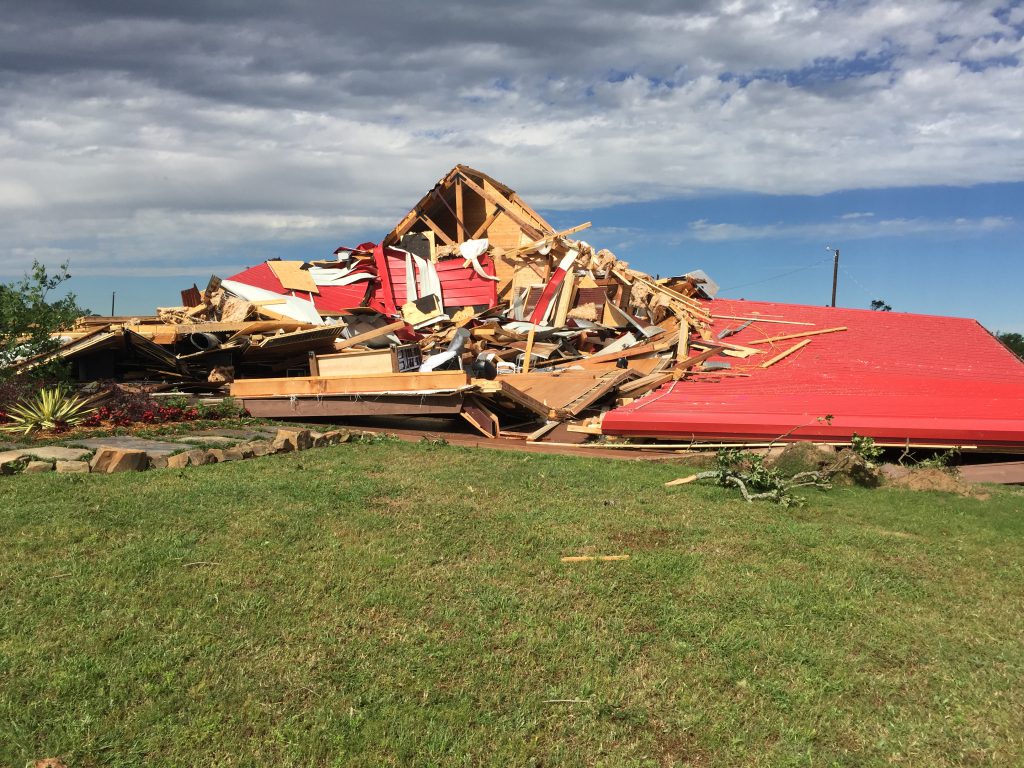 DJ Kris Ingram was scheduled to entertain at a high school prom on April 29th, 2017 in Canton, Texas.  Mother Nature had other plans.  The area suffered a direct hit by an EF-3 tornado. Thankfully, no one at the venue was injured, but once the storm passed, there wasn’t much left standing.  But most of Kris’ CHAUVET DJ gear was. Kris says “Low and behold my Chauvet DJ Freedom Par Hex-4s, Wedge Tris, COLORstrips and Swarm 4 FX were all in working order.  A little bruised and battered, but fully functional even after being rained on following the tornado. I had 2 empty road cases that were unharmed too.  My Intimidator Spot LED 350’s didn’t fair so well, but I didn’t expect them to as they were exposed on my trussing about 8 feet in the air.”

It’s certainly hard to think about things like gear in the face of a devastating tornado but we know how important our gear is to our businesses.  All of us here at CHAUVET DJ are thankful no one was injured and our thoughts are with the community as it begins to recover from such a terrible storm. We’re glad Kris will be able to continue using his CHAUVET DJ gear to help keep his business moving forward and we thank him for sharing his story with us!