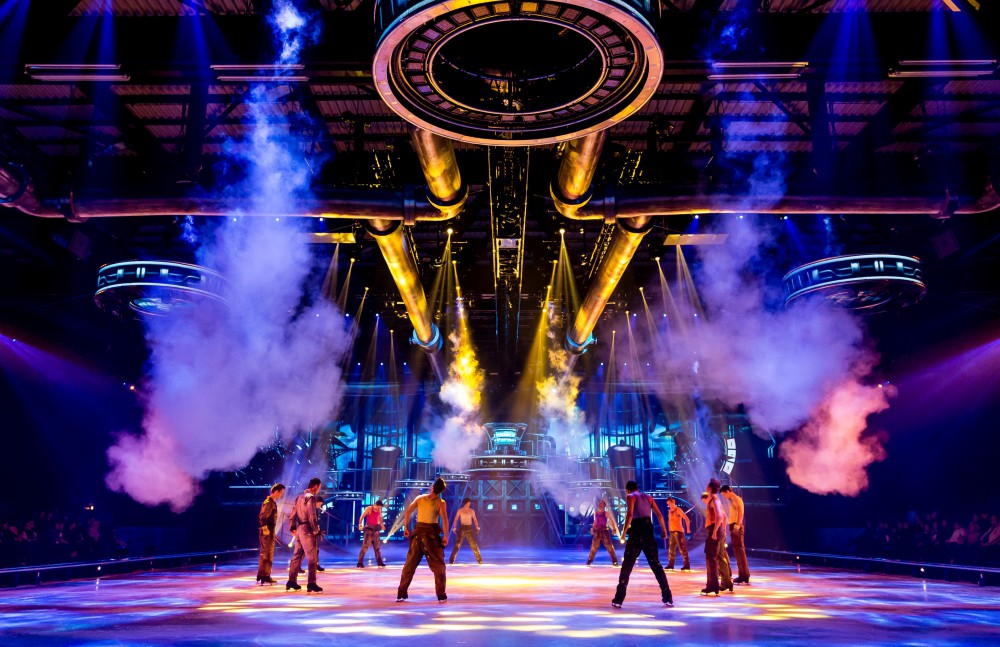 GENK, BELGIUM – The theme of the 2015 European Holiday On Ice Passion pulls back the curtain to offer a behind the scenes look at the long and magical journey that world class skaters make from obscurity to stardom. It is the dream-come-through stuff that legends are made of; and what better way to accent the ethereal nature of this fantastic tale than by enveloping the skaters with colorful puffs of clouds. Set, lighting and video designer Luc Peumans, of Painting With Light struck this evocative chord for the iconic ice show with help from a collection of 16 Geyser RGB LED effect foggers from CHAUVET DJ.

Painting With Light, which produced the complete creative concept – encompassing lighting, set and video – for the 70-year-old ice show used 16 of the Geyser units. The foggers were positioned at the perimeter of the 40 x 20-metre rink and overhead on trussing to lend added drama to the skaters’ entrance and to accent dramatic moments in their routines.

The Geyser RGB uses 21 high output 3-watt RGB LEDs to illuminate columns of safe water based fog that shoot from the machine. Peumans took full advantage of the fixture’s capabilities to add an extra rich visual element to the show.

“I worked very closely with Show Director Bart Colby-Doerfler on developing a very personal aesthetic to present this piece,” said Peumans. “We used eight Geysers around the stage and another eight were positioned on truss suspended above the ice. A big reason why I chose the Geysers is because of their ability to create effects similar to that of pyro. Using the RGB LED’s in the Geysers, I was able to ‘fire’ smoke with different colors onto the ice, creating a great aesthetic for the show.”

The main ice ‘stage’ lighting design uses multiple profile and beam fixtures for numerous mid-air effects; eye-candy and color wash over the performers. The atmospheric effects to accompany the ice skaters, however, were greatly aided by the colorful fog from the Geysers.

For any touring production such as Holiday on Ice, practicality is of paramount importance. According to Peumans, the Geyser RGBs excelled in these terms: “The big advantage with bringing them on tour is their plug and play ability,” he said. “Set up and de-rig couldn’t be any simpler.”

Aside from keeping up with the demands of a multi city tour across Europe, the Holiday on Ice show posed other challenges for Peumans. “The goal in this project was to find the right balance between mood and effects,” commented Peumans. “We wanted to create an exciting light show for the audience and at the same time set the mood for the storyline. The Geysers offered us this versatility with their fog output and vivid RGB lighting. Although they only make up one piece of the puzzle, the Geysers are an integral part of the overall production. They are irreplaceable.” 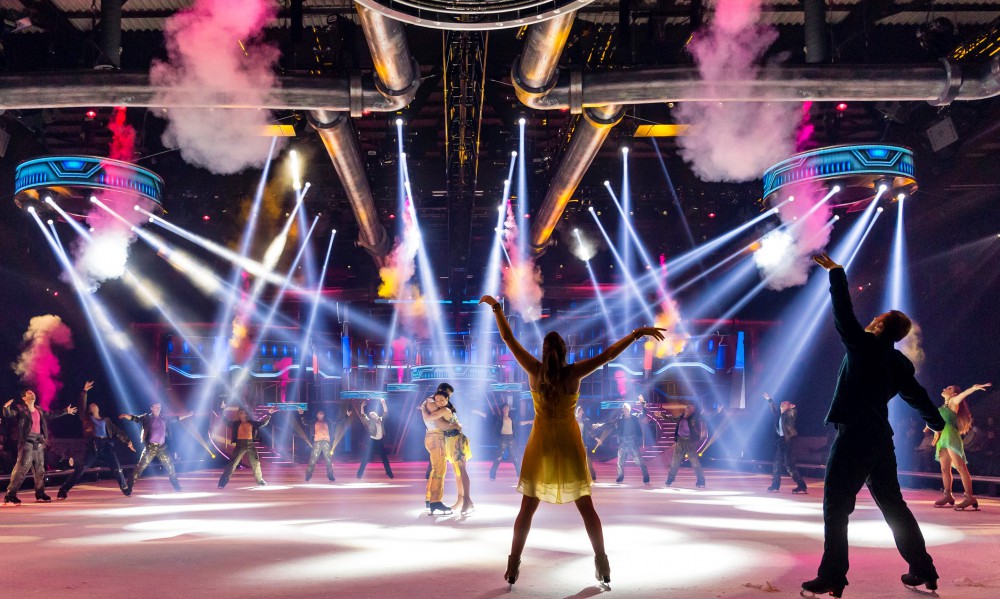