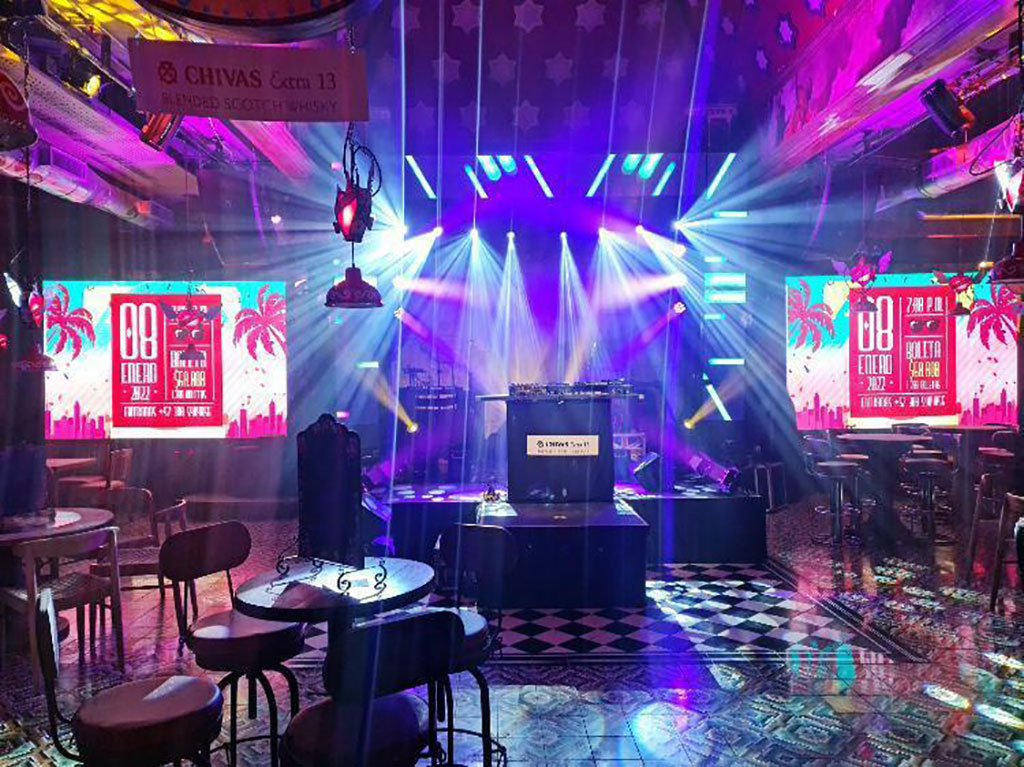 Colombian reggaeton singer, Andy Rivera, performed at the iconic restaurant Andrés Carne de Res along with fellow reggaeton singer Marcela Reyes. Fans were excited to start off the year with a big party, and in typical ACR fashion, they delivered. The restaurant chain is considered to be one of the most successful in Colombian history. Known for crazy aesthetics and outrageous parties.

The production was handled by IVC Producciones, experts in sound, lighting and design for events and weddings. Its founder, Victor Cervantes, decided to utilize CHAUVET DJ products for this occasion. They used 8 Intimidator Hybrid 140SR, 4 SlimBANK T18 USB and 1 CHAUVET splitter.

Rivera started getting fame in Colombia with the release of “Te Pintaron Pajaritos” with Yandar & Yostin. A few years later, his single “Espina de Rosa” with Dalmata became number 1 in many Spanish speaking countries. His latest single is “Alguien Más” featuring Carin Leon.