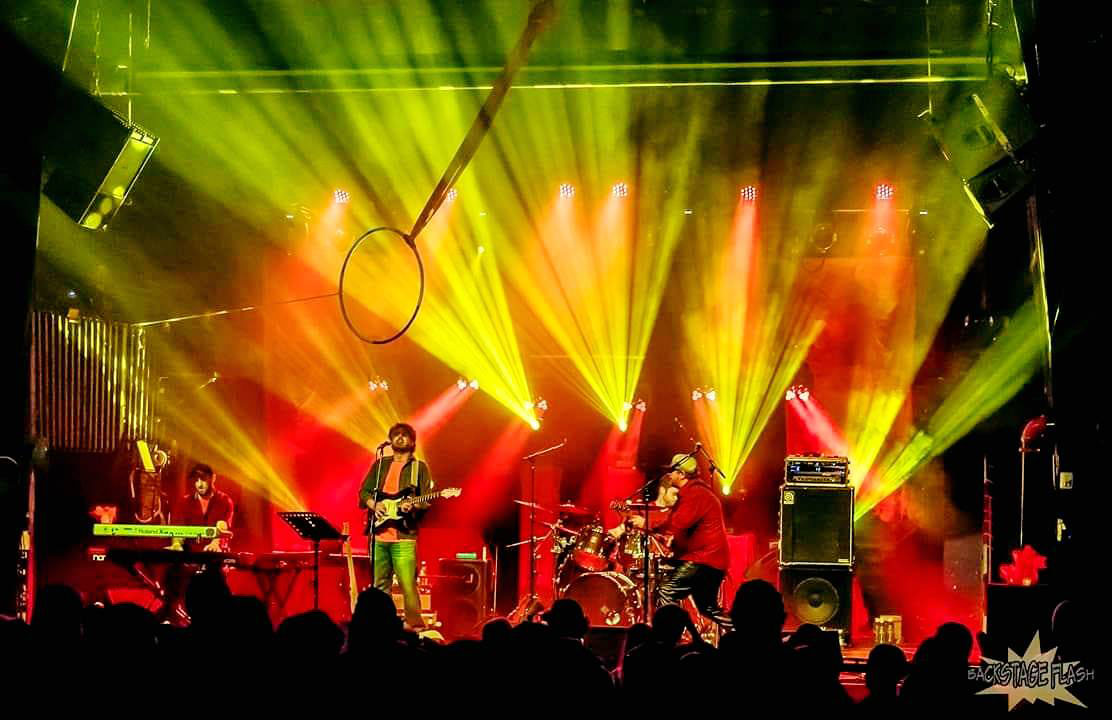 FORT COLLINS, CO – The Grateful Dead and Pink Floyd share much in common. Both bands formed in 1965, both went on to develop die-hard followers worldwide, and both are the inspiration for Dead Floyd, a tribute group that fuses the improvised jam-band grooves of The Grateful Dead with the more prog rock stylings of Pink Floyd to deliver shows that celebrate the iconic music of both.

Jake Gibson, of AOS Lighting, started designing for Dead Floyd almost ten years ago. With a deep understanding of the musical legacy of The Grateful Dead and Pink Floyd, Gibson channels the collective high-energy of both original bands into a light show that flows seamlessly with his client’s music.

Placed on truss towers at a variety of different heights along the upstage deck, the Intimidator fixtures are used to create stunning aerial effects. Gibson calls on a variety of performance features in the Intimidators including their gobo morphing and split colors, to keep a fresh array of looks coming in sync with the band’s free flowing music.

“I really enjoy the zoom on this fixture,” said Gibson. “Being able to go from a wide zoom to fill out the stage, down to a tight beam angle for sharp darker looks adds greatly to the visual range of the show. This is a great light to navigate through the roller coaster of bright big sounds and dark ominous jams that this band tributes.”

After nearly a decade of collaboration, Gibson views Dead Floyd as part of his family. “They’re amazing musicians, and great people. Whether people are familiar with The Grateful Dead and Pink Floyd or not, I always highly suggest that they catch a Dead Floyd show any chance they get.”

The legion of fans who experience the music of both iconic groups through Dead Floyd would agree that something special happens when they take the stage. Their seamless fusion of the timeless music of The Grateful Dead and Pink Floyd creates a unique experience for fans old and new, and Gibson’s electrifying lighting show vividly supports the creative blend of iconic songs from two of rock and roll’s greatest bands.