VUGHT, HOLLAND — During the Middle Ages, a cathedral was the revered house of God – and the light that billowed through its stained glass windows was visible proof of divine presence. More than simply being a place of worship, however, the geometric proportions and harmonious acoustics within this ecclesiastical space was in itself prized as the ultimate form of artistic expression.

When contemporary art dealer Van Loon Galleries hosted its annual summer 2019 art fair at the impressive gothic Mariakerk church in Vught, two epochs of art were united by a brilliantly colored supportive environment, created not with stained glass, but by modern lighting fixtures from CHAUVET DJ.

Specifying 150 EVE TF-20 and eight Intimidator Hybrid 140SR fixtures, Kevin van Erve and his team at Kevents visually harmonized the contemporary exhibits within the historic confines of the gothic church by using intense, richly colored hues to highlight the gallery’s artwork as well as the contours of the building itself.

Positioned from strands of floating truss above the central walkways of the makeshift exhibition floor, the EVE fixtures were called upon to provide clear, neutral white, and glare free illumination for the hundreds of unique contemporary artworks on display within the exhibition. 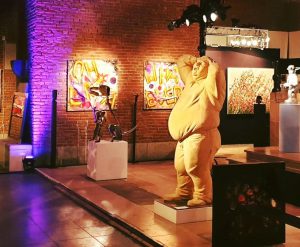 Thanks to the fixture’s high (91) CRI factor and warm white output, the exhibition’s artwork was displayed faithfully with accurate color rendering and clarity of output. Importantly, the EVE TF-20’s compact footprint ensured that the thousands of visiting art aficionados could enjoy the paintings, as well as the impressive church architecture, without being distracted.

In specifying the EVE fixtures to illuminate the artworks, Van Erve and his team at Kevents were also able to overcome another logistical hurdle. During preparation for the event, Kevents came to the conclusion that there wasn’t enough power available in the building to run 150 traditional accent lights. With a power consumption of only 20W, the LED sourced EVE fixtures were able to work within the narrow band available. In the process, they reduced the client’s energy bill significantly.

The eight Intimidator Hybrid 140SR fixtures used in the design were positioned around the fringes of the church. In addition to highlighting the impressive contours of the gothic structure, van Erve and his team were able to utilize the powerful beam and spot combination to throw saturated colors into the rafters. 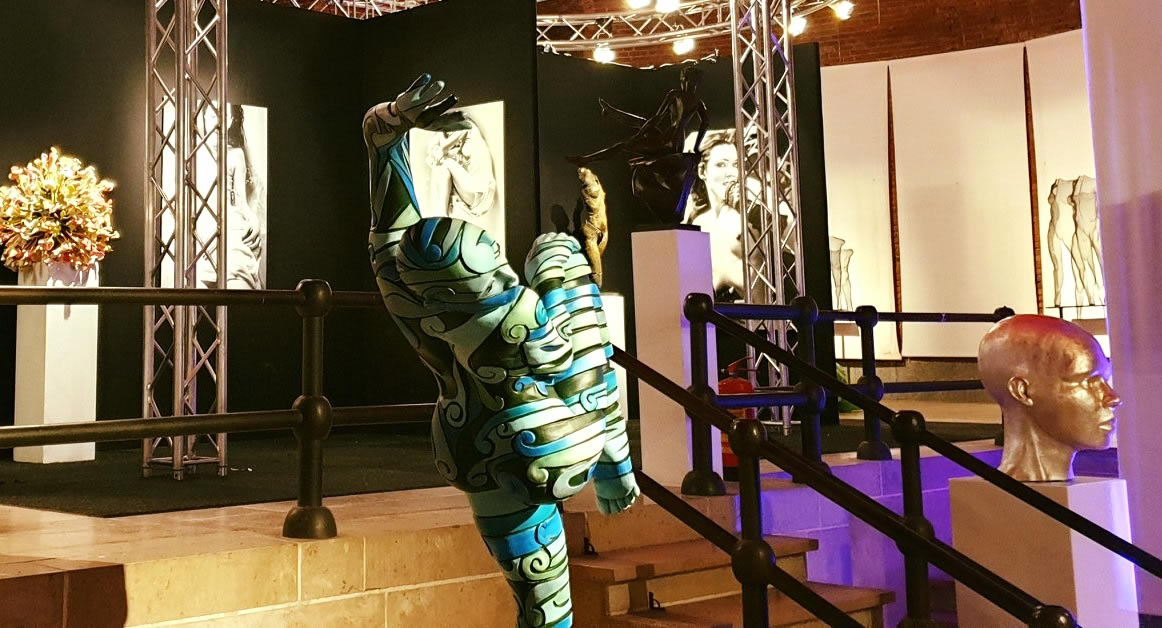 By highlighting the church’s architectural features and the exhibit’s art, the lighting served to underscore the aesthetics of both. “We received a lot of compliments from visitors at the fair,” said van Erve. “They enjoyed the contrast between the fair itself and the colored light within the church. The overall aesthetic served to create a coherent narrative without taking away any attention from the works themselves.”