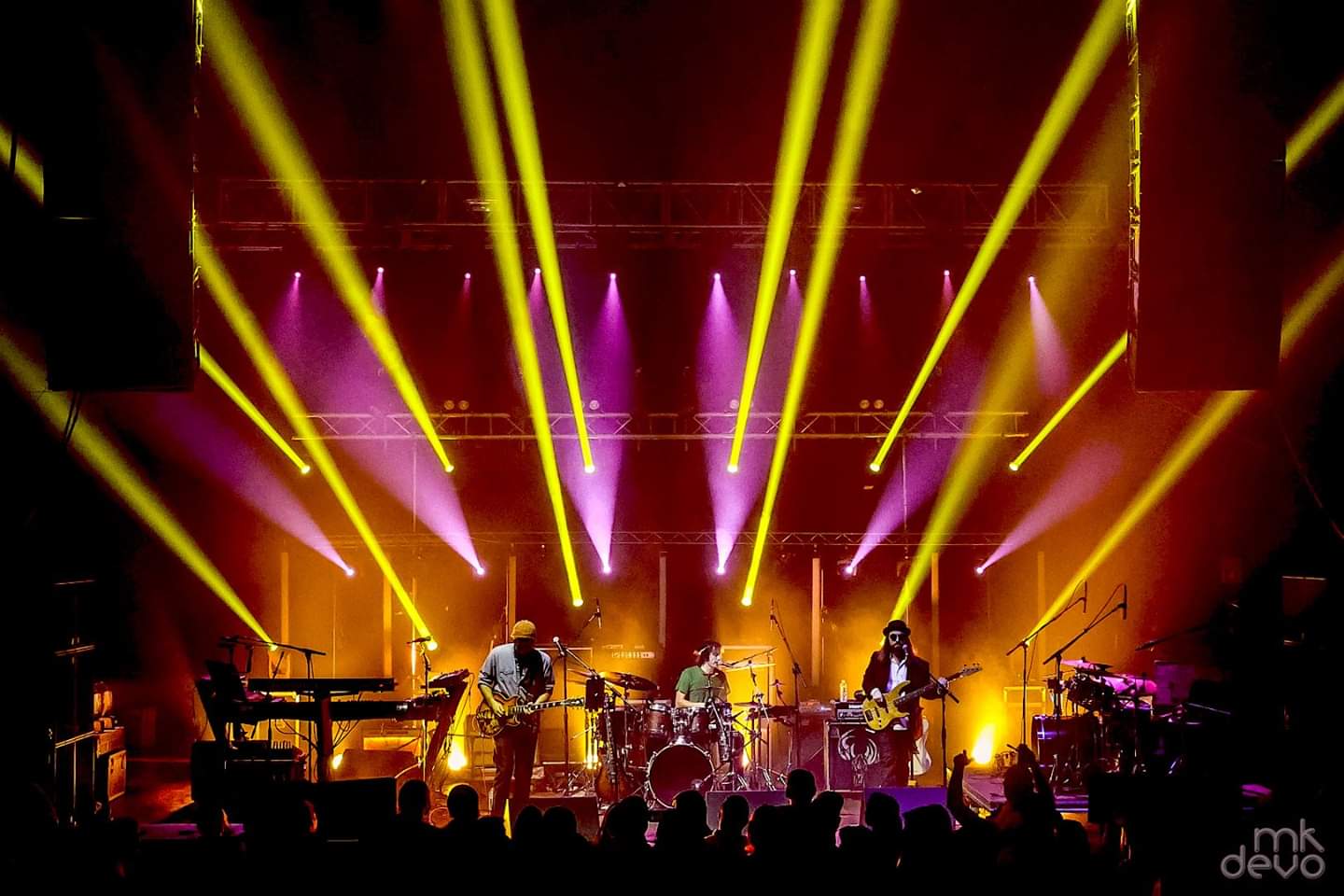 WORCESTER, MA – Late January typically doesn’t bring the kind of weather associated with music festivals to central Massachusetts. But the bitter New England winter wind notwithstanding, the mood at the multi-stage Birds of a Feather Festival was as carefree as a summer beach party. Thousands of fans crammed inside the 90-year-old Worcester Palladium for four straight hours of jam and alt rock sounds on Friday January 25th, and although summer vibes resonated throughout the building, the reality was that being indoors, Birds of a Feather offered no visual variety beyond the stage.

With no mountain views, no surfside background, and no tall trees flanking the stage, eyes seldom wandered from the performance area. For Vin Pugliese, lighting designer for the Main Stage, which featured The Lizards, Jazz is Phish, lespecial and Pink Talking Fish, this meant focusing on creating visual variety throughout the evening. He accomplished this goal with flying colors (not to mention an array of captivating light angles) with help from a rig anchored by over 40 CHAUVET DJ fixtures.

“We had over four hours of music on the Main Stage, so the challenge was to keep the show visually interesting and dynamic from start to finish without being repetitive,” said Pugliese. “One way I did this was to reveal all the different elements of the rig slowly over time without exposing all of my looks too quickly. This was possible because I had a wide variety of fixtures in the rig, from hybrids, zoomables, washes and spots, to RGBWAUV pars, battens and blinders. All contributed to the versatility of the show, but big game changer was the Intimidator Hybrid 140SR. It allowed me to do so many different things.”

Pugliese deployed 12 Intimidator Hybrid 140SRs on the Main Stage. Half of these units were flown 15’ high from upstage truss, while the other half were used as an upstage ground package. “The way I positioned the 140SRs gave me a lot of flexibility,” said Pugliese. “I was able to fill out space from a variety of different high and low angles, creating new looks each time. Sometimes we had the light directed in the same directions, while at others we created crossing patterns. Aside from directing the light from different angles, I used the hybrids as beams, spots, wash and prism effects – basically everything.”

Joining the Intimidator Hybrid 140SR fixtures in the rig were 20 Intimidator Wash Zoom 450 IRC fixtures, 16 Intimidator Spot 250 LED units, 4 Shocker 2 blinders, and 8 Freedom Par Hex-4 RGBWA-UV par-style washes. Drawing on the UV lighting of the latter fixtures, Pugliese was able to effect some dramatic changes to the appearance of the stage during the evening.

Also lending variety to the stage was the ever-changing flow of geometric patterns that Pugliese conjured up with his moving fixtures. “The overall look of my show throughout the evening was determined by the presence or absence of symmetry,” he said. “Sometimes we’d have symmetrical shows and at other times they would be imbalanced.”

Regardless of the whether the design at any one moment was symmetrical or asymmetrical, Pugliese kept his lightshow fast, moving, colorful and in sync with the bands, creating an anything-is-possible summer feeling, even in the middle of a New England winter. 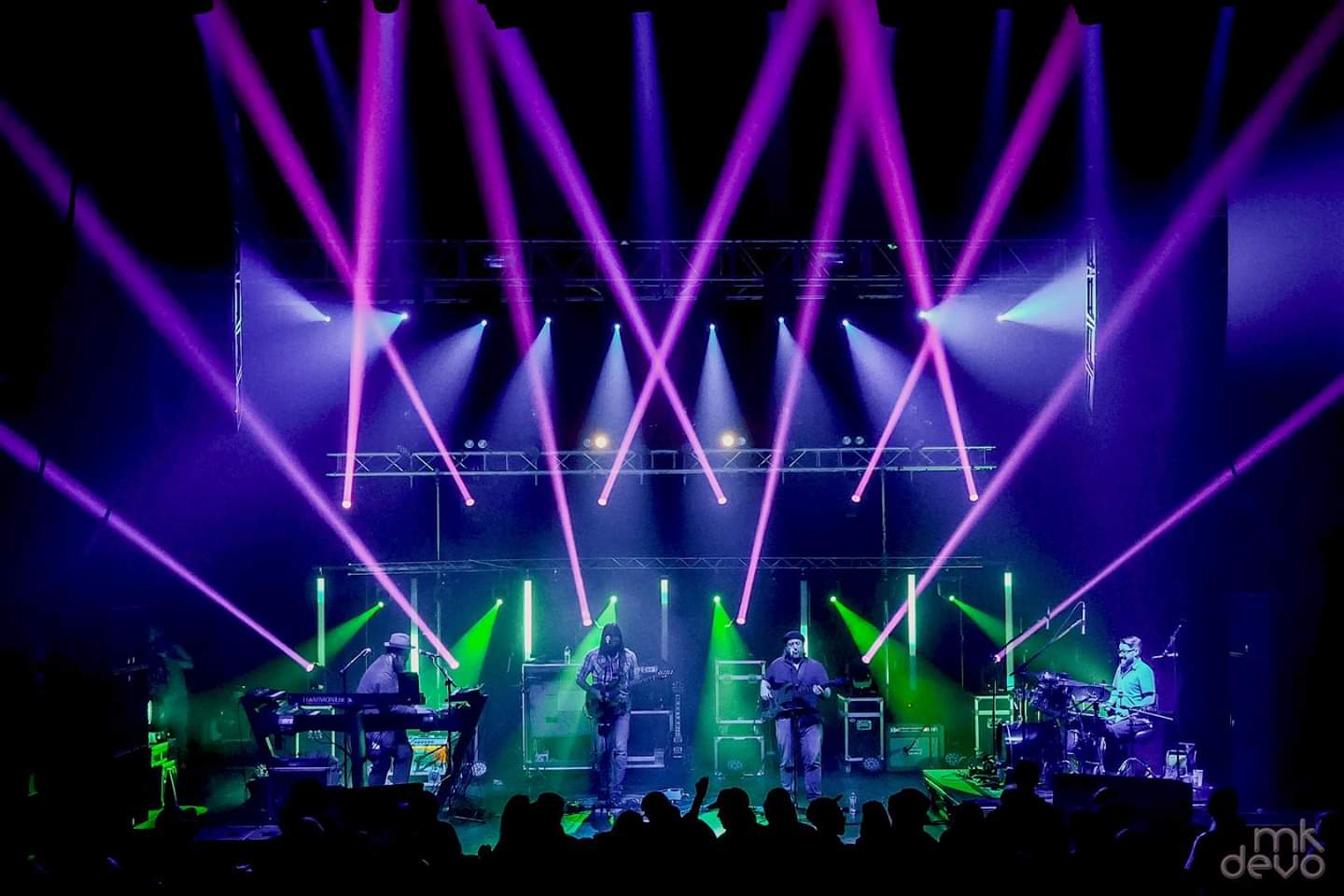