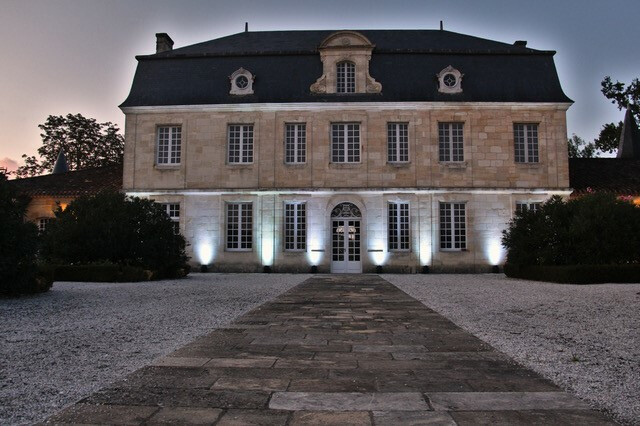 BORDEAUX, FRANCE – Opening the wrought iron gates and entering the estate of Couhins-Lurton is akin to walking into a dream world of timeless beauty, as one is greeted by a green expanse of manicured lawn leading up to a magnificent château that stands resplendently against the sky as it has for centuries. Playing a rich and colorful role in the history of its region’s wine making (it was once owned by legendary vintner, the late André Lurton), the estate was prominently featured in the recent 100th anniversary celebration of the Grands Moulins de Bordeaux.

Accentuating the intricate architectural qualities of the château during this event was a collection of wireless, battery powered CHAUVET DJ lighting fixtures installed by Benson’ Audiovisuel. Casting their evocative glow on the building’s exquisitely detailed cornice and majestic façade, the energy-efficient LED fixtures endowed the iconic setting with a vibrant energy that made history come alive for the visitors who gathered there on this festive occasion.

The Benson’ Audiovisuel design team, under the direction of Benjamin Faure, positioned 12 Freedom H1 par units below the ornate cornice to highlight its details. Thanks to its compact size and wireless properties, the 10W fixture was able to fit unobtrusively on the site without distracting from its aesthetics. Drawing on the fixture’s RGBAW + UV color mixing engine, the design team was able to create a wide and varied palette of hues during the event. 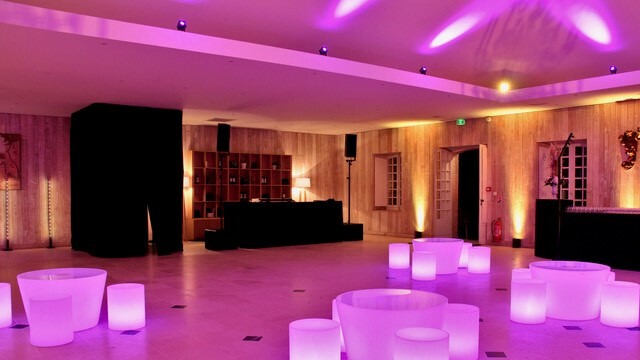 Bathing the building’s façade in an array of richly saturated colors were 24 Freedom Flex H4 IP uplighting fixtures. With their intense output, these units were able to send smooth, even fields of light high up the exterior walls of the château.

A group of 16 freestanding Freedom Stick RGB LED linear fixtures was used to enliven the estate grounds, as well as provide a colorful setting on the dancefloor inside during the party. Also generating excitement on the dancefloor were a Derby X effect light, a Line Dancer that projects intense strips of colorful light, and two mini Kinta beam units.

Like the outdoor fixtures, these units were controlled via a CHAUVET DJ Flare Con. Working together, they filled the dancefloor inside the 18th century château with pulsating excitement. 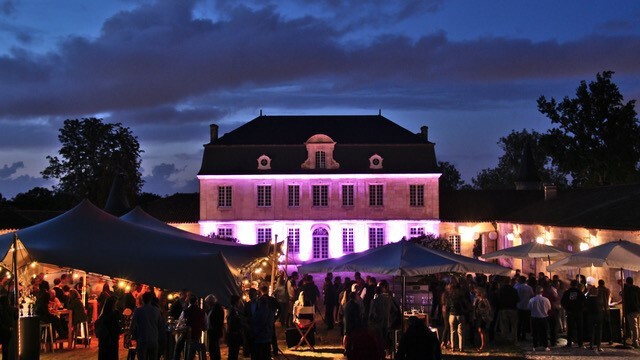 Ironically, the indoor party that rocked the château might never have taken place had not Mother Nature interfered. Originally the party was scheduled to be on the terrace, but deteriorating weather conditions forced a change of plans, and the party was moved indoors only five days before the event was scheduled to start. Quick thinking by Faure and the Benson’ Audiovisuel team, along with some flexible wireless fixtures, allowed the transition to indoors to take place without any issues.

This resourcefulness was in keeping with the history of the region. In 1956, after the worst frost in over 200 years destroyed most of the Bordeaux’s vineyards, vintners like André Lurton, who would one day purchase this estate, grew cattle feed to keep their business alive until new grapes could be planted. Ultimately, they came back with grapes that were better than ever. It is a spirit worth celebrating, which is precisely what happened at Couhins-Lurton under the LED lights during Grands Moulins de Bordeaux. 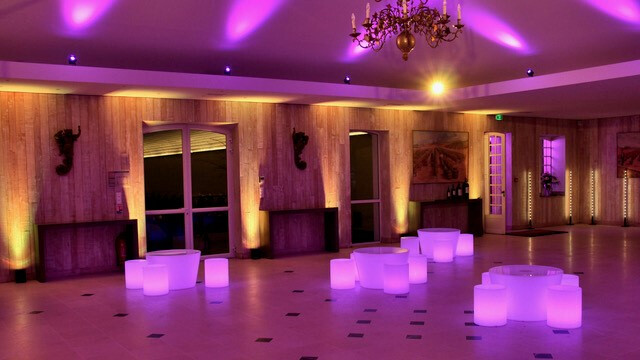