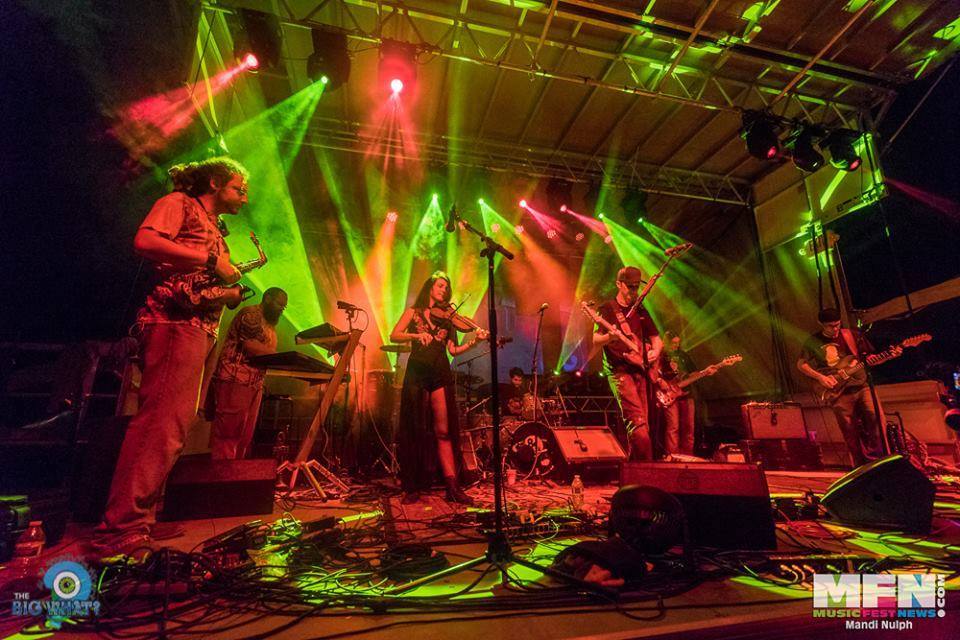 PITTSBORO, NC – Parades aren’t the first thing that come to mind when you think of outdoor music festivals, but this didn’t stop members of the alt rock group Big Something from taking alto saxophones and trombones in hand and marching through picturesque Shakori Hills Park to kick off their namesake Big What Festival. Joined by a meandering line of other musicians, the band mingled with the crowd as they worked their way through a breezy series of tunes, setting the tone for three days of eclectic and engaging music, with an impressive collection of updated psychedelic art in the background.

Extending this sense of engagement to the stage, and enhancing the flowery artistic flavor of the festival, was a bright and lavishly colored light show designed by Daniel Thibault of Life Is Art Studio and Cameron Grogan, the LD for Big Something, that featured 36 CHAUVET DJ luminaires, including 12 Intimidator Scan LED 300 scanners, eight Intimidator Spot LED 350, eight SlimPANEL Tri 24 IP and eight COLORband PiX LED linear fixtures, as well as four Hurricane 1600 foggers.

Virtually all of the lights in the rig were called upon at one time or another to provide audience lighting. “Given the nature of this festival, we wanted to engage the crowd as much as possible with lighting,” said Thibault. “Big Something has a very loyal fan base and has some strong ties with that base. The band wants to see their fans, and the fans want to see the band, so audience lighting is important. We spread the movers out across the rig so we could hit the crowd with light from a lot of different directions.”

Drawing on the color rendering capabilities of their Intimidator fixtures, the two LDs hit the crowd and stage with a variety of different hues that evoked psychedelic images. “We liked to mix colors in unusual ways to set the tone,” said Thibault. “We ran a lot of yellows and greens together to create an eco-friendly atmosphere. At times, we saturated the stage in very rich colors to convey the same kind of psychedelic image.”

At other times Thibault and Grogan changed the mood on stage with atmospheric effects from their four Hurricane effects. The COLORband PiX LED fixtures, which were positioned on truss to either side of the stage, created a sense of structure that provided a balance to the movers and atmospherics.

“We were happy with how this turned out,” said Thibault. “There were a variety of acts on stage, and we had the flexibility to support all of them. At the same time, our show never got away from the main concept of this festival, which revolves around audience engagement.” 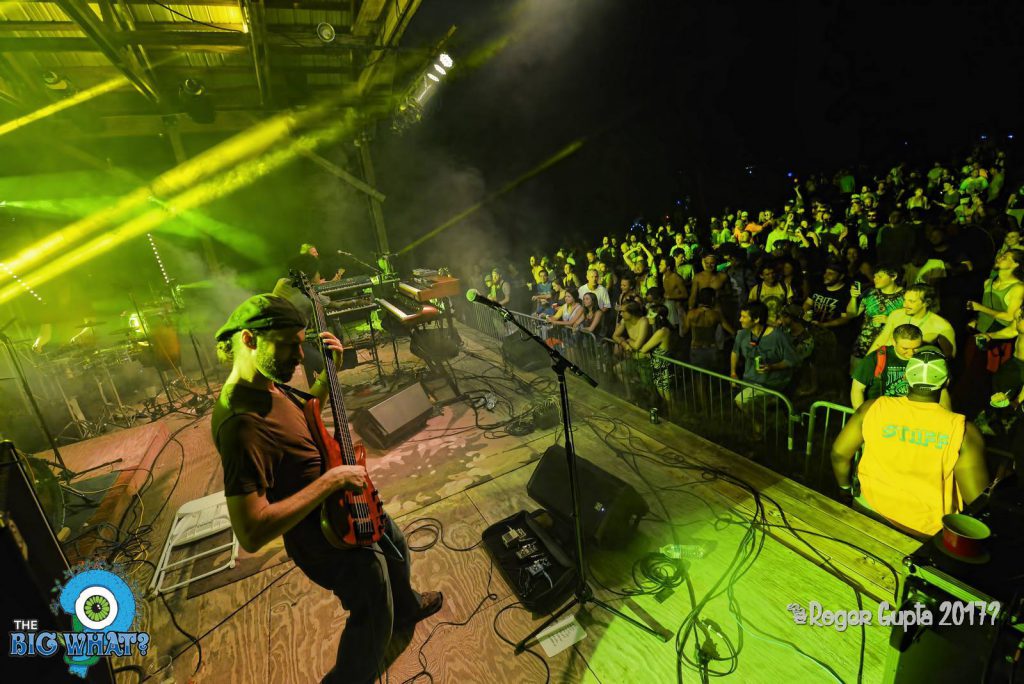