COLUMBUS, OH – Biomassive has been creating their own style of electronic music since 2012, with their distinctive blend of heart-shaking sub bass mechanics, funky rhythms and unparalleled musicianship. A recent five-show mini-tour, starting in Michigan and ending at The Woodland Tavern in Columbus, OH, allowed the band to showcase their eminently groovy, electronic dance beats to fans both old and new. A lightshow designed by Ryan De Witt of DeWitt Event Lighting provided the eye candy to complement the band’s aural feast, ably supported by a variety of CHAUVET DJ fixtures.

“I’ve known the guys in Biomassive for a while now, so it was exciting to get the opportunity to work with them,” said DeWitt. “They have an amazing work ethic, and their music always gets me dancing. For their show, I wanted a heavy hitting, theatrical lighting design with strobes and chases, focusing on creating an organic flow with the band that would match the energy in the audience as well.”

DeWitt’s show rig featured eight CHAUVET DJ Intimidator Trios that were owned by the venue. Their performance left him impressed.

“These fixtures are so versatile, they were an easy choice to take on the road for this tour,” said DeWitt. “Their zoom feature allows me to create a really even wash, or use the fixture as a beam when needed, but I relied on the effect features the most. The Trio fixtures have six individual LEDs built in, and each LED lens rotates, giving me the ability to build some really compelling looks. Splitting the LEDs into zones allowed for multiple-color chases creating a kaleidoscopic effect, and changing up the rotational speed and zoom really upped the ante on the design.”

DeWitt, who typically places the Intimidator Trio fixtures on the stage, was particularly pleased with the coverage he was able to achieve with the lights from the Woodland’s stage. “The venue is very small with a corner stage, but we were still able to get maximum use of the fixtures regardless. They also had four Intimidator Spot 255 IRC units in their house rig, which I was able to incorporate into the show. I enjoyed using them for gobos, chases, strobe, and movement, and they worked very well with the Trios.”

DeWitt builds his effects and positions to best meld with the music. “I like to think of lighting as another instrument of the band,” DeWitt said. “Being a drummer myself has always helped with that. When I am familiar with the music, I have an idea in my head of where I want to take things, and how I want to present certain moments. When I am less familiar with the music, I improv more. Working with the intuitive Trio features allows me to do just that, and muscle memory takes care of the rest.”

With their groove-heavy beats and fluid approach to electronic music, Biomassive brings the audience to their feet and gets them dancing at every show. For DeWitt, being a part of the success of their recent mini-tour has been a wonderful achievement. “It’s always fun to be able to work with friends,” said DeWitt, “and with Biomassive, we now have a full team that’s ready to go the distance. I am looking forward to many more shows with them.” 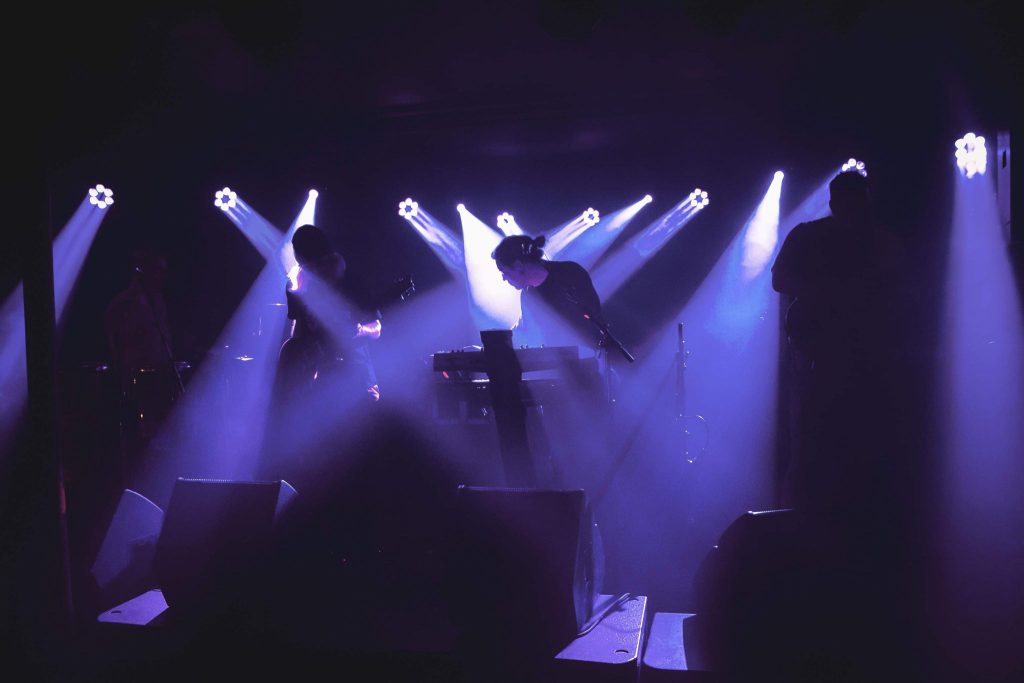