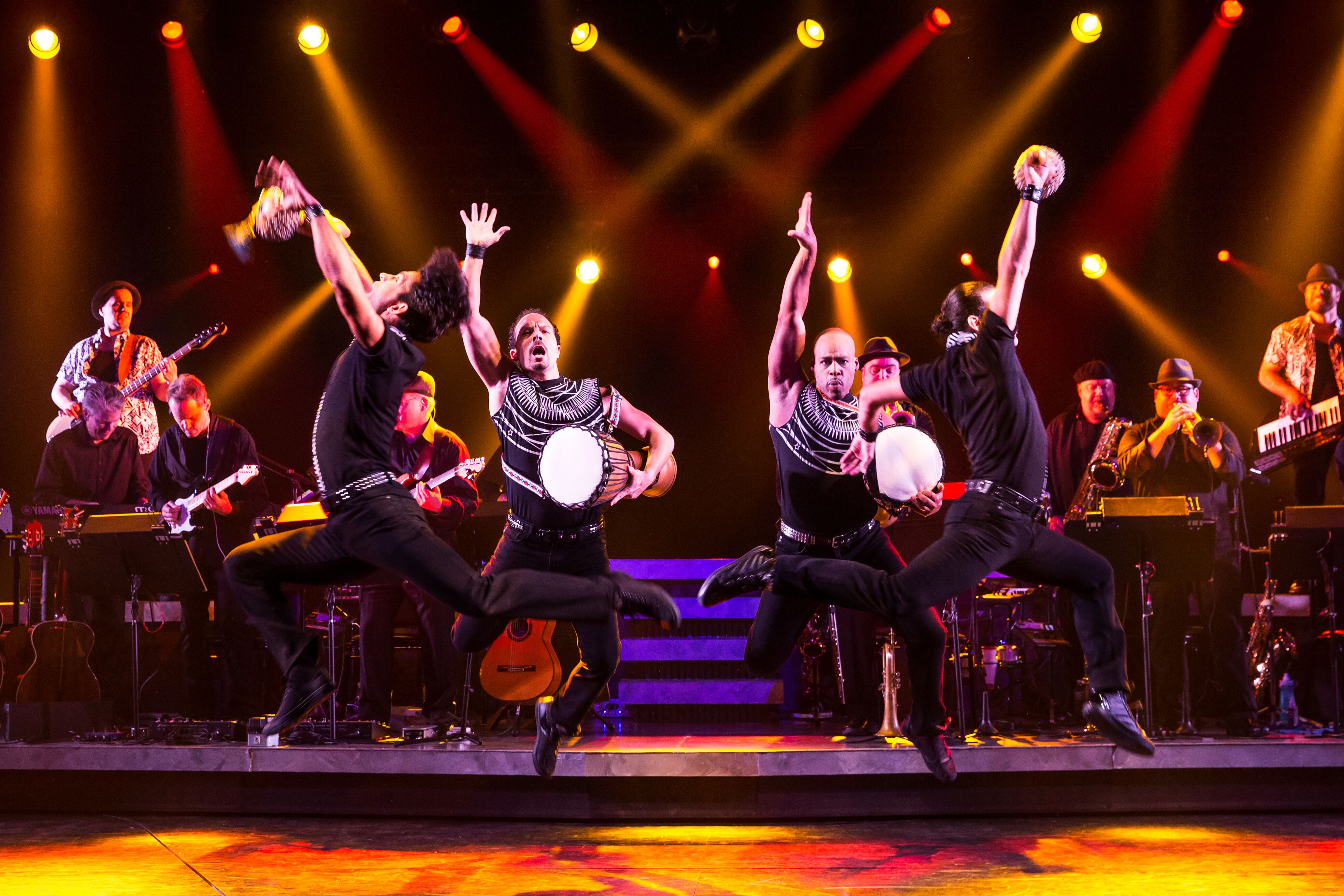 NEW YORK– It’s not surprising that Gloria Estefan and the Miami Sound Machine sold over 100 million records worldwide in their storied career. There’s something about the group’s rich melodies and carefree rhythms that naturally draws people to its music. The Broadway hit On Your Feet captures the magic of the 1980s dance and concert scene that spawned this superstar band in a way that’s as smooth and graceful as one of its lead singer’s signature dance hits.

Like all seemingly facile efforts, however, On Your Feet was the product of relentlessly hard work on the part of a lot of talented people, including director Jerry Mitchell, executive producer Susan Bristow and lighting designer Ken Posner. The Tony Award-winning LD faced the challenge of creating a concert-style lighting look on a smaller Broadway stage, with a theatrical budget to boot! Posner meet this challenge in convincing fashion with the help of 59 CHAUVET DJ Intimidator Beam LED 350 moving fixtures.

“Jerry Mitchell and scenic designer David Rockwell’s vision for On Your Feet was that it was always framed, literally and figuratively, in the Rock and Roll concert-touring world,” said Posner. “The design reflects this in terms of lighting trusses that can be reconfigured to transform the space and transport us from the intimate family scenes of the Estefans’ home to full out concert sequences.”

A major challenge in creating the lighting design for On Your Feet was replicating the concert world on a Broadway stage, which doesn’t have nearly the space of a touring venue. “I wanted a large lighting rig with major beam, color and pattern configurations, as well as elaborate cuing sequences,” said Posner. “All of this needed to fit into a Broadway lighting rental budget that is significantly smaller than a concert touring budget. The price point was important, as the Intimidators were purchased outright as part of the scenic electric and not part of the lighting rental package. The look of the Intimidators was also a factor. They look very much like the traditional PAR64 that was the backbone of early concert lighting just prior to the introduction of moving lights.”

The performance features of the Intimidator fixtures lined up perfectly with Posner’s vision for lighting On Your Feet. “The Intimidators’ size, narrow beam, and pattern selection, along with the intensity of the 75-watt LED lamp, made them an ideal choice artistically,” he said. “The Intimidators literally frame the show. They are built into a custom show portal that is designed to look like rock and roll concert trussing. The main purpose of the show portal with Intimidators is to visually amplify and expand the onstage concert lighting into the auditorium space. This creates an effect of inclusion and invites the theatre audience to participate as if they were in a large arena or stadium watching a performance of the Miami Sound Machine in concert.”

Posner credits his associate Anthony Pearson for introducing him to the Intimidator fixtures. Pearson and programmer David Arch earned Posner’s gratitude for their numerous other contributions to the success of the On Your Feet lighting project. “Anthony and David bring years of Broadway, concert, and special event lighting to the table, and I thank them both for sharing it with me,” said the LD. “In addition, assistant Tim Reed, production electricians Jimmy Fedigan and Randy Zaibek, as well as Curtis Sharma, head electrician and Brain Messina, assistant electrician/lead follow spot, supported us. I’d like to give a special shout-out to Jimmy Mayo, house electrician for the Marquis Theatre, and his awesome crew.”

Discussing the inspiration for his beautifully balanced lighting design, Posner turned to the legendary artists at the heart of On Your Feet. “I have always enjoyed the music of Miami Sound Machine and found Gloria and Emilio’s story compelling,” he said. “Our lighting mirrors and supports what is happening within the dance. The Latin feel and the Sound Machine beat was the inspiration for the lighting design.”

In return, as anyone who sees On Your Feet will readily agree, the lighting design does justice to this legendary group.