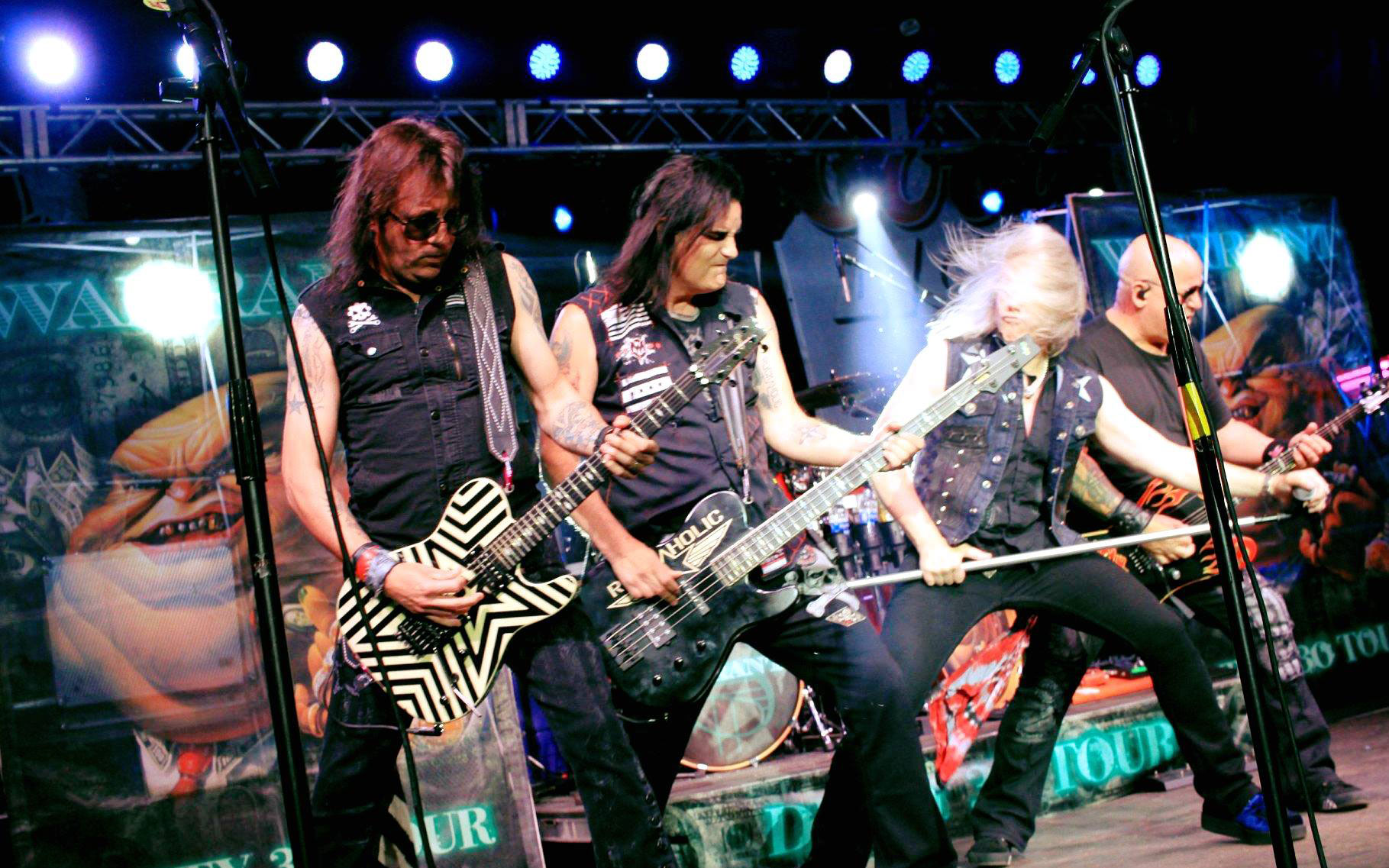 LANGLEY, IL – For glam rock band Warrant, the 30th anniversary of the release of their first album “Dirty Rotten Filthy Stinking Rich” meant pulling out all the stops and throwing a full-on party for themselves and their fans. Known for their hard-rocking performances, screaming guitar riffs and pounding rhythms, Warrant always puts on an intense live show, and a recent stop at the Psycho Silo Saloon for their “Dirty Thirty Tour” really delivered the goods.

Located in the middle of rural Illinois and sporting a stage made out of old semi-trailers, this unique outdoor venue stands out from most performance sites. Wanting to create a lighting design as fierce as the band’s hard-driving style, and as unique as the performance setting itself, Jeff Hinton of 815 Productions DJ Service added intensity to the house lights with a punchy package comprised of 18 CHAUVET DJ fixtures. 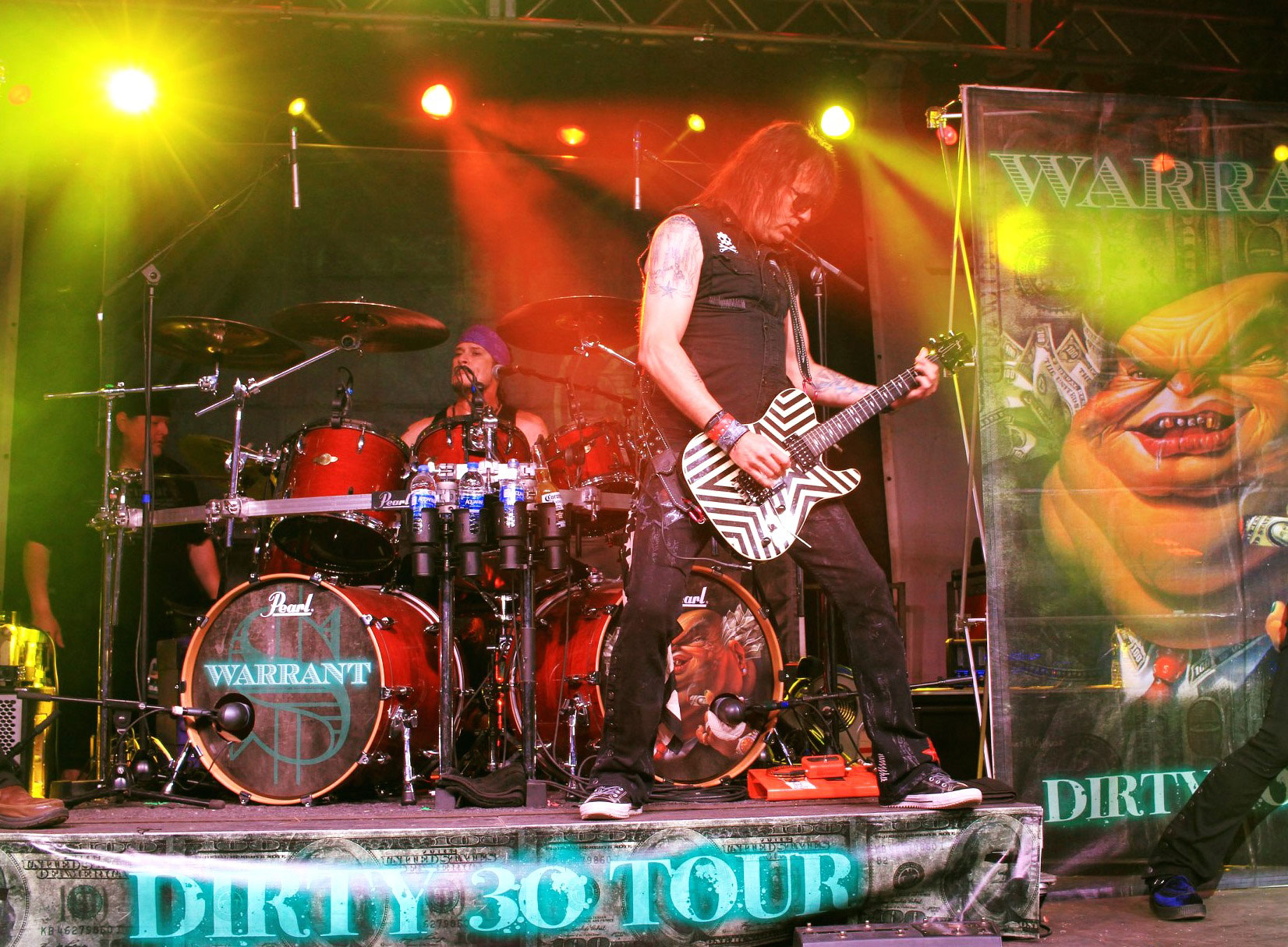 Hinton placed six Intimidator Hybrid 140SR fixtures on the back of the rig to light the band with a variety of dynamic split beam effects. The Hybrids were also used to cover the stage with smooth, rich washes as well as bold color backlighting. To add an extra dimension to the show, he created a flexible array of textures and movement with the fixture’s dual gobo wheels.

“The Hybrid 140SR does a lot of different things well, so we created a wide variety of looks even though we only had six of them,” said Hinton. “They offer a level of complexity, which is fitting for a band that occupies such an important place in rock history.”

Expanding the looks of his show even further, Hinton also used the beams as blinders and audience lights, especially for more intense moments of the show. The addition of a Hurricane 1800 Flex provided extra ambience, giving the gobos and cross beam patterns a palette of fog to play off of, and creating a big concert look to match the over-sized performance of the band.

“The 1980s kid in me had a blast at this show, lighting up the songs of my youth,” said Hinton. “Warrant is a great band, and we created a lot of ballyhoo moments for harder rocking songs like “Cherry Pie” and power ballads like “Heaven,” by using aerial effects, turning the lights up to full output, and doing a lot of crowd sweeps and specials.”